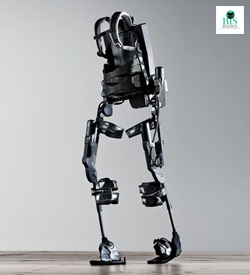 From Fantasy to Reality: Robotic Exoskeletons Transforming the Robotics Industry

Imagine the awe Ironman's suit held when the ‘Ironman' comic edition was first released in 1963. It was a visionary concept, a glimpse of the future, which seemed ethereal. But, within six decades, the robotics has achieved the unachievable. We don't have an ‘Ironman' in the world yet, no, we don't have the Tesseract, but we do have exoskeleton in existence, not to be compared with Ironman's suit, but it sure has taken the world by storm. Robotics industry has witnessed a fast paced development in the last decade and has expanded its end-user base considerably. Currently, there are 69 robots per 10,000 employees on an average in the industrial section on a global scale.