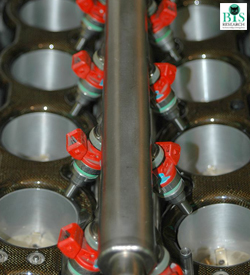 One has witnessed the evolution of automobile industry over the time and the changes in the last 50 years have been revolutionary. Some of the aspects which brought about the changes are- varying consumer preferences, growing focus on environment conservation and stringent government regulations. As for fuel injection system, it plays a vital role in the functioning of a vehicle, monitoring the flow of fuel through the engine, as it optimizes the flow of fuel through the engine and the fuel-air ratio. Thus, it increases the fuel and engine efficiency and reduces emissions. There has been radical transformation in the fuel delivery system due to technological development, from early carburettors to fuel injection systems. The late 19th Century saw the advent of the fuel injection systems. It offered increased engine efficiency, substantial reduction in emissions and enhanced performance.