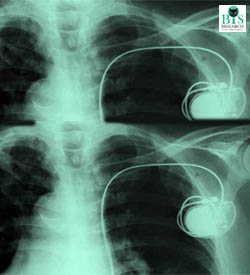 Cardiac Rhythm Management (CRM) devices market (esp. Pacemakers and ICD devices) witnessed a decline since 2010, but the manufacturers in the industry have invented many innovative technologies such as MRI compatible pacemakers, leadless pacemakers, etc. to tackle the drop in the market. For instance, in 2011, Medtronic was the first company to receive FDA approval for its MRI compatible double chamber pacemaker. In 2014, BIOTRONIK introduced both single as well as double chambered (MRI compatible) pacemaker in the U.S. market. This was followed by Medtronic’s first leadless pacemaker, which the FDA approved in 2016, and it is considered as the world’s smallest pacemaker. This innovation reflects the need and demand for miniaturization in the pacemakers and ICDs industry.