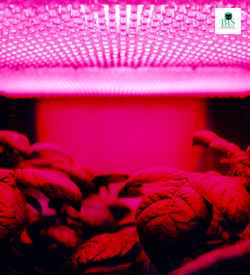 LED Grow Lights to Boost the Future of Modern Agriculture

The inception of vertical farming in the midst of increasing food safety concerns and food crisis was a revolutionary invention. Now with the addition of latest Led grow light technology, this revolution has gained pace and the world is getting ready to tackle the problems thrown by environmental degradation. The ever-increasing population puts an immense pressure on a nation to fulfill the food demand and achieve food sufficiency. The rate at which the population is rising has raised a concern worldwide since many countries are still a victim of famine and malnutrition. According to the United Nations (UN), the world population will grow by about 2.5 billion by the year 2050, and 80% of this population will live in cities, which is a staggeringly high number.