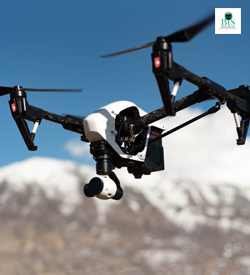 Drones were first developed only for military usage, however, over the last decade, these are increasingly being adopted in commercial and homeland securities.  Major applications of drones include high definition images and video for surveying and mapping, military intelligence gathering, police investigation, and crowd control.  According to the market intelligence report by BIS Research titled, ‘Global Drone Camera Market- Analysis and Forecast (2017-2021),’ the market had generated a revenue of $5.44 billion in the year 2016. This market is expected to attain a niche level owing to the increase in the demands for drones for imaging applications, rise in usage of low cost ‘Do It Yourself’ (DIY) drones, and high demands for drones for surveillance applications, among others.