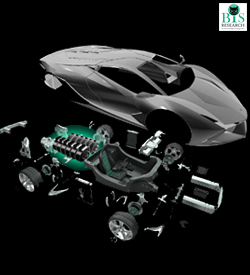 Automotive Aftermarket: A Diverse Industry With A High Growth Potential