The Future of Navigation is Nigh with SLAM Technology

SLAM is continuously changing the way machines navigate and map. Be it a cleaning robot by Roomba, an external kit by Parrot named, SLAM DUNK, Autonomous car projects by Waymo (Google-owned company) and ARKit by Apple, they all have one thing in common. They use SLAM technology, which helps them to outperform their counterparts.

END_OF_DOCUMENT_TOKEN_TO_BE_REPLACED 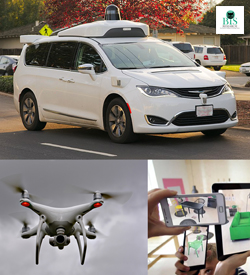 U.S. to Present New Prospects for the Growth of SLAM Technology

Simultaneous Localization and Mapping (SLAM) technology is used across various end-user industries such as commercial, household, manufacturing, logistics, and military. Owing to the SLAM technologies’ accuracy and continuous advancement of this technology, it is gaining traction, globally.  According to the latest market intelligence report by BIS Research titled, ‘Global SLAM Technology- Analysis and Forecast (2018-2027),’ the market generated a revenue of $50 million in 2017 with robots’ platform holding the highest market share. This significant share of robots is attributed to the increasing demands for robots across various end-user industries. The market for SLAM technology is expected to grow at the highest rate for autonomous vehicles segment as compared to other segments.