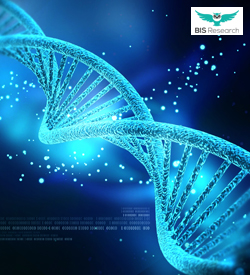 Next generation sequencing (NGS) informatics has been gaining importance owing to the important role it plays in strengthening the base of precision medicine in the healthcare industry with the study of large pool of genomics data. Precision medicine has lot of capability in terms of its ability to define diseases that are built on molecular characteristics and other environmental factors. Over the years, especially post the completion of Human Genome Project in 2003, genome sequencing technology has advanced in terms of both time taken for sequencing a genome and the cost involved in sequencing it. Further, with a rise in demand for the NGS data interpretation for the identification chronic diseases the volume of genomics data being gathered is also on the rise. In 2018 the total percentage of cost involved in the biological interpretation of the data is estimated as 33% of the to total cost to be invested followed by 29% in sequencing, however by 2028 it is expected that the cost involved in biological interpretation will around 56%, whereas the cost involved in sequencing of genomes will only be around 6%.