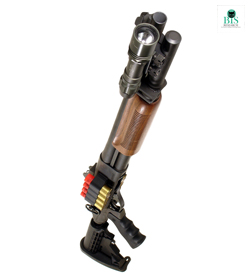 Over the past few years, the advancement in the technology has also led the development of the portable weapons. Portable weapons are the small and light weapons, which are gaining immense popularity on the global scale owing to their advantages such as ease of operation, cost-effective, and durable.  According to the latest market intelligence report by BIS Research titled, ‘Global Light Weapons Market-Analysis and Forecast (2017-2021),’ the market accounted a value of $10.21 billion in the year 2016, with military end-user holding the highest share. Further, it is expected that the demands for light weapons will increase from 2017-2021, owing to the increase in the terrorist incidents, rising instability in Middle-East and Africa, and military modernization program, among others.