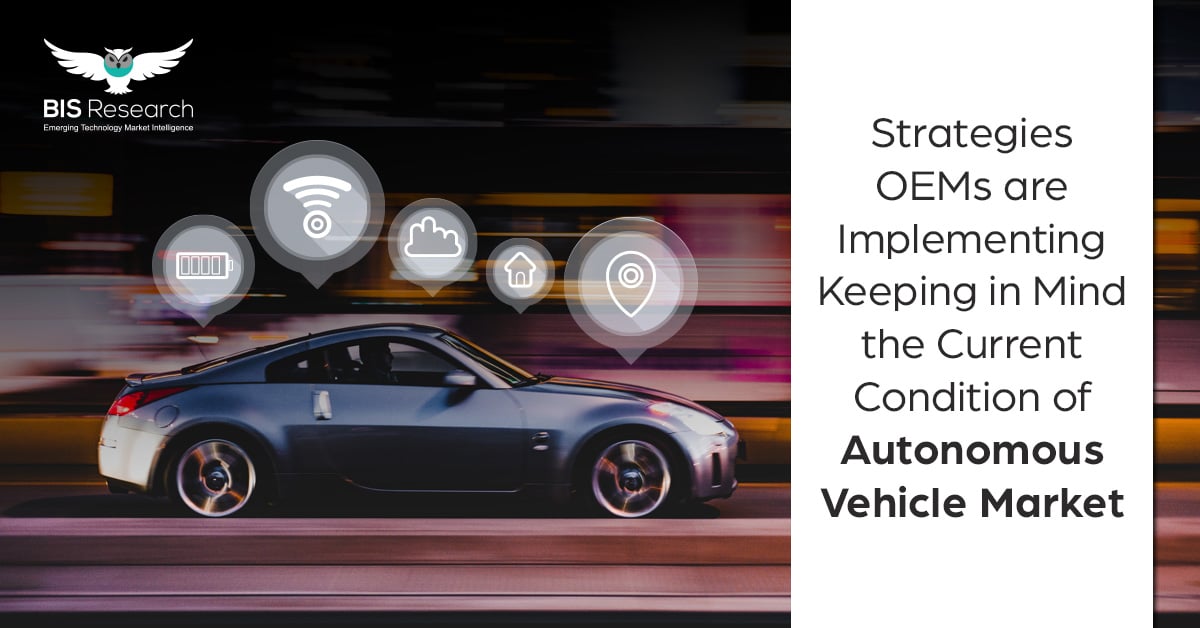 Autonomous vehicles are those that are capable of understanding their external environment and can navigate with no or little human input. These vehicles are expected to transform the ecosystem of vehicle transportation across the globe. In this ecosystem, two types of companies are present, the new class of vehicle developers and the original equipment manufacturers (OEMs), such as Audi, Toyota, Tesla, and BMW, among others.

Taking into consideration the level of autonomy present today in vehicles and the technological advancements that are likely to bring new levels of autonomy in the industry, let us understand how OEMs are navigating through the challenges faced by the automotive industry in terms of autonomous vehicles.

What are the challenges being faced by the automotive industry in the context of autonomous vehicles?

In the present market scenario, the challenges faced by the autonomous vehicles industry include

Are OEMs launching new products, and if so, how are these products projected to influence the market in the near future?

Several prominent players operating in the automotive industry have launched a range of autonomous vehicles in the recent past. The launch of these vehicles is expected to enhance the product portfolio of the OEMs and is a significant strategy to gain a competitive edge in the industry.

Some of the recent examples of such launches include the launch of Vision S concept vehicle by Sony at the CES 2020. The design of this car includes a bit of both Tesla and Porsche along with the 33 sensors, including Lidar, radar, and camera, for capturing data with fewer errors. Along with Sony, other vehicles that are launched include BMW’s Vision M Next Concept: Plug-in hybrid autonomous car along with Audi’s AI: ME Concept, a level 4 autonomous car with a 65-kilowatt hour battery.

These new product launches indicate the amalgamation of futuristic designing with cutting-edge technology that is going to revolutionize the autonomous vehicle market in the near future.

What is the present scenario related to the partnerships and collaborations of OEMs with other organizations in the autonomous vehicle market?

The autonomous vehicle market in the recent past has become highly competitive, and in order to sustain this competition and to further expand its customer base in the market, several organizations are collaborating with other players operating in the ecosystem to access another’s technology to achieve their objective.

A recent example is the partnership of Microsoft with Luxoft to hasten the delivery of connected vehicle systems and mobility experiences. Also, in July 2019, Volkswagen partnered with Ford to invest $7 billion in “Argo AI” for the development of connected and autonomous vehicles.

The growing partnership and collaboration of automotive OEMs with other players operating in the ecosystem is expected to lead to the development of autonomous vehicle at a faster pace, as a collaboration of technology providers enable them to overcome the lack in technology expertise.

What is the present scenario related to the OEM investment in autonomous vehicles?

The share of investment by OEMs in the autonomous vehicle market is growing steadily in a strategic manner. That means, the investments are not rushed but are carefully planned based on the information and data received pertaining to the market. One such recent example is the strategic move of General Motors to invest $3 billion for producing all-electric trucks in the autonomous vehicles segment. This truck production is anticipated to include Hummer pickup, and the production is expected to begin from 2021 during the second half of the year. Similarly, in February 2020, Toyota invested $400 million in Pony.ai for the development of self-driving vehicles.