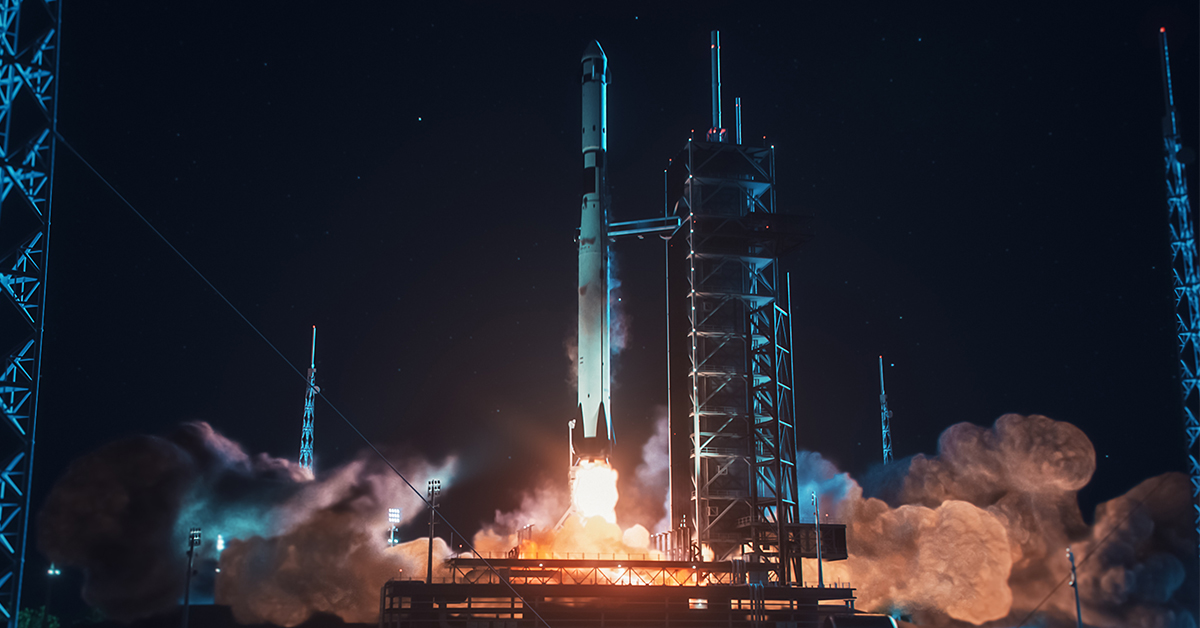 The SpaceTech industry highlights the vital observations and events occurring in the SpaceTech ecosystem. The observations include a rapidly progressing and exponentially growing industry. The entire industry is focused on technologies such as reusable launch vehicles and space tourism.

In addition, the exploration of deep space has led to the study of different scenarios and evolution of technological and market trends, including space law and commercialization of space.

Different market intelligence studies are being carried out researching about the specific focus of space-related companies relying on technologies such as AI, Deep Tech, and Longevity. The use of these technologies is further leading to the stimulation of space exploration and is increasing the application of these technologies across space tech.

Following are some of the technologies under the aerospace industry where a lot of traction can be seen owing to recent advancements.

1. Sub-Orbital Space Tourism: In the past couple of years, space transportation has garnered significant interest from several space industry players. Currently, the focus has shifted from cargo supply to crewed missions, space tourism, crewed missions, and planetary explorations. Emerging players such as PD AeroSpace, LTD, Equatorial Space Systems, i-Space, OneSpace, Space Perspective, and Suborbitality s.r.o. are all highly focused on developing sub-orbital transportation and space tourism platforms. Space transportation technologies are very complex, with some systems requiring long development cycles of up to a decade. One of the space transportations companies, Cislunar Space Development Company (CSDC), considers an integrated cislunar transportation architecture for commercial space transportation. This architecture may separate during Earth-to-orbit launch, orbit transfer, and lunar surface access, with reusable in-space vehicles and propellant stations in low Earth orbit and near the Moon. According to the market intelligence by BIS Research, the sub-orbital space tourism market is expected to reach $396.6 million by 2031.

2. Space-Based Broadband Internet: Space-based broadband internet technology is gaining huge traction from governments and commercial consumers due to the increase in demand for round-the-clock connectivity solutions for various applications. Though the current telecommunications technology has developed several tools and systems to deliver state-of-the-art solutions, they often get the backlash against their lack of serviceability for remote locations and unstable connections due to harsh weather conditions.

3. Advanced Space Composites: Advanced composites offer cost-effectiveness, ease-of- process ability, high strength-to-weight ratio, multi-functionality, and diverse properties in terms of thermal insulation and ablation. High modulus carbon fiber reinforced laminates are one of the majorly used for many composite spacecraft applications. In human crew capsules, composite panels are used to provide for the thermal protection system (TPS) required for vehicle re-entry. The temperature capability and low thermal expansion offer additional benefits by reducing the amount of TPS material required, which reduces the weight of the vehicle. Carbon fiber laminates are widely used on satellites and payload support structures. Liquid resin infusion has been used in composites manufacturing for decades. It is being used to produce large aerostructures and is a serious contender for the high-rate manufacturing of single-aisle commercial aircraft. Compression molding has also been used in the past and is one of the enabling technologies for high-volume autocomposites manufacturing. The technological advancement in the composites industry for creating the next generation of materials and processes does not depend on developing new materials but adapting proven technologies to serve highly dynamic and demanding applications. The advanced space composites market study by BIS Research highlights that the market is projected to reach $2,881.9 million by 2031.

4. Sub-Orbital Reusable Vehicle (SRV): Reusable launch vehicles (RLVs) are launch systems that can be re-used for multiple launches instead of being disposed of after each launch. RLVs offer numerous advantages such as reliability and safety, fast turnaround time, enhanced versatile performance, high flight rate capability, and lower operating costs. Such advantages allow the RLVs to be used for several applications such as space tourism, fast package delivery, and microgravity experiments. Apart from space agencies, commercial space companies are developing reusable launch vehicles. Companies such as SpaceX, Blue Origin, Ventions, Garvey Spacecraft, SpaceOps, and Bagaveev Corporation are focusing on developing lightweight, cost-effective, reusable launch vehicles, which can be launched multiple times in a year. For instance, Blue Origin developed NEW GLENN I in 2016, a reusable small launch vehicle (SLV) capable of carrying the payload to space. The first stage of the launch vehicle is fully reusable, and the company is planning to make the second stage also reusable post a few missions. The sub-orbital reusable vehicle market study by BIS Research highlights that it is expected to reach $1,860.5 million by 2031.

The space industry is booming at present as it is no more the prerogative of the U.S.A and Russia. Now companies from developed as well as developing...

How The Space Industry is Expanding in the Middle East...

In several countries across the Middle East region, different programs are being launched to boost the space industry. The new projects taken up by...