There are a number of metro trains and subway systems that operate on automated technology today. People often get confused with automatic and autonomous vehicles as the same terminology, while there is a major difference that exists between the two.

The ones that are made to work by themselves in human presence and assistance with human-made algorithms are automatic vehicles, while those that are self-governing and do not require human assistance are autonomous vehicles.

Autonomous vehicles, also known as self-driving cars, are based on visible, 3D, light detection and ranging (LiDAR), night-vision cameras, and other photonics systems that are exploding into the automotive space. These cameras, lenses, and photonics technologies used in autonomous vehicles are inspired by high precision asphere.

What is high precision asphere?

Autonomous cars have become a possibility due to the combination of optical technologies that utilize multiple lasers and cameras. Together, these technologies enable self-driving vehicles to navigate the road in the future.

In addition to getting riders from point A to B, high precision asphere guidance systems for autonomous vehicles can help to reduce the rate of collisions, help detect blind spots, and assist with self-parking features. 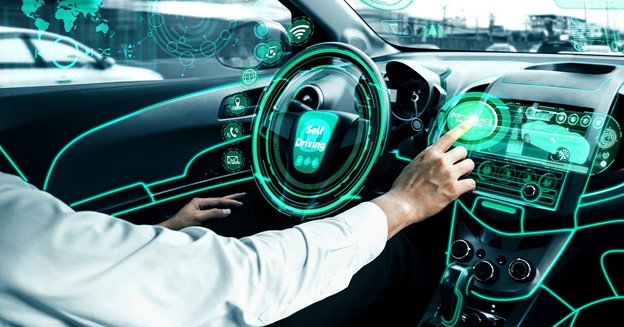 Precision aspheric lenses reduce visual defects and produce clearer images, making them ideal for automobile applications. Aspheric lenses produce clearer images by reducing spherical aberration and focusing light to a single point which makes them ideal for high precision requirement applications such as maintaining the focus in creating images for autonomous cars.
An aspheric lens can correct aberrations that would take multiple spherical lenses to correct. This capability means that a single aspheric lens can replace a complicated multi-lens system, leading to smaller, lighter, more efficient, and less expensive assemblies.

How does a self-driving car work?

Self-driving or autonomous vehicles is a tale of technological evolution that is still in process. When it comes to driving, accuracy is essential and self-driving cars beat human drivers in this. Self-driving cars reduce human error in calculating the roadmap and distance with other vehicles and are able to transport human beings and logistics safely from point A to point B.

Autonomous cars create and maintain a map of their surroundings based on a variety of aspherical sensors situated in different parts of the vehicle. Inbuilt high precision asphere radar sensor monitors the position of nearby vehicles, and a video camera detects traffic lights, reads road signs, and also looks out for pedestrians in order to keep a safe distance from them.
Along with this, the LiDAR sensors are a high precision asphere that is fitted in bounce pulses of light off the car’s surroundings to measure distances, detect road edges, and identify lane markings.

After all the sensory inputs, the dynamic software then processes all this, which includes plotting the path and sending the instructions to the car operators, which possess control over acceleration, braking, and steering.

Alongside this, let’s look at some more intriguing and positive points of self-driving cars.

With the convenience of limitless quality-of-life improvements, lower CO2 emissions, and improved walkability, autonomous vehicles have proved to be a gem for the future. Moreover,
• It is assumed to have 30% lower traffic congestion with the introduction of high precision asphere sensor-authenticated autonomous vehicles.

• In terms of vehicle, fuel, and infrastructure, transportation costs are to be reduced by 40%.
• Self-driving cars are expected to provide a reduction in fuel economy between 4% and 10%.
• With the advent of autonomous vehicles, apart from CO2, high-precision sensors in autonomous vehicles are supposed to reduce the harmful environmental gaseous emission by 60%.

Whereby people struggle to travel the final mile between their home and the public transport drop-off point, autonomous vehicles are also expected to solve the 'last mile problem.'

To get a free sample of the report, click here.

As there is a fast pace of development in the digital world, high precision aspherical autonomous vehicles bring a huge inclination to a brighter future. With the advancement of autonomous vehicles, conditions such as foggy weather, heavy rains, beating traffic, and road casualties can be resolved easily.

Autonomous vehicles have their own benefits and consequences, but they are here to make a huge change in the digital world for betterment. The key trends in the high precision asphere market have evolved the growing demand for autonomous vehicles and increased usage of multi-sensor cameras. Along with the self-driving feature, automatic safety precaution and prevention systems are also a result of high precision asphere lenses.

The automotive industry is undergoing a transformative shift toward the adoption of electric vehicles (EV) and is investing significantly in the...

With automakers setting ambitious targets for electric vehicle adoption and multiple start-ups and non-automotive companies investing in the...

One of the biggest and fastest-growing industries in the manufacturing sector is the automotive industry. The industry has developed rapidly over the...