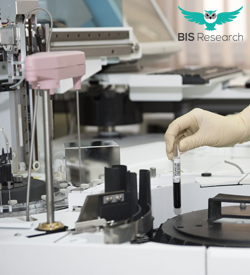 The global expenditure on the healthcare was estimated at $7 trillion in 2015. It is further expected to increase due to several reasons including the rise of health problems such as cardiovascular, respiratory, diabetes, cancer, and chronic diseases, among others by 2020. Although, the vaccine market is small as compared to the pharmaceutical market in the healthcare industry but has showcased a better growth rate than the pharmaceutical market. Taking into account the rising incidence of chronic and other diseases, the World Health Organization (WHO) is promoting the research and development of vaccines against several pathogens to help reduce the overall economic burden across countries, especially in low and middle – income countries.

So far, vaccines for infectious diseases and oncology have been developed, and the commercialization of these vaccines, especially those for cervical, prostate, breast, and colorectal cancer, among others. These new type of next generation vaccines, such as DNA and recombinant viral vectors are on the expensive side which is contrary to the push by the WHO to formulate and deliver cost-effective vaccines so as to ensure healthcare solutions are available for all.  Another area that the key players in the industry are trying to address is the gap in the technological platforms for developing therapeutics in the field of metabolic, cardiovascular, and neurodegenerative diseases.

The rising incidence of infectious diseases across age groups increases the demand for advance therapeutics in form of medicine and vaccines is also on the rise. According to a market intelligence report published by BIS Research, titled ‘Global Vaccine Market – Analysis and Forecast (2018 – 2028)’, the vaccine market was estimated at $33.57 billion in 2017 and is expected to reach $103.57 billion by 2028, growing at a CAGR of 11% during the forecast period (2018 – 2028). The market is expected to be driven by factors such as increasing outbreak of epidemic diseases, increasing focus on immunization programs, use of adjuvant in vaccines, and the advancement in technology and emergence of effective vaccine delivery.

On the other hand, safety and efficacy related issues and longer timeline for vaccine production and high cost associated with the development of vaccines are some of the restraining factors of the vaccine market. The intelligence report by BIS Research, showcases the segmentation of the vaccine market for the purpose of study as by type, by route of administration, and by region. Segmentation of vaccine market by type is the most important segment as it includes next generation, toxoids, recombinant, inactivated, live attenuated, and subunit & conjugate vaccines. In 2017, the subunit and conjugate vaccines dominated the market. However, it is the recombinant type of vaccines that are expected to showcase the maximum growth. The sub-segmentation for the route of administration includes intramuscular, subcutaneous, oral, intravenous, and others. In 2017, the route of vaccine injection segment was dominated by intramuscular way of administration. However, it is the intravenous type of administration that is expected to grow at the highest CAGR during the forecast period from 2018 to 2028. Based on the regional segmentation, North America and Europe dominated the market in 2017 and are expected to maintain the dominance in future.

The analysts at BIS Research have tracked a host of technology during 2014 and have come up with an authoritative forecast for top 5 technologies...

The introduction of technologies such as artificial intelligence and machine learning have transformed several sectors, including the robotics and...

Offshore Wind Energy Market is Projected to Grow at...

As per the International Energy Agency (IEA) it is expected that the demand for electricity will increase by 70% by 2040 due to excessive demand in...