Plant-Based Food and Beverages Alternatives: A Revolutionary Trend in the Food-Tech Industry 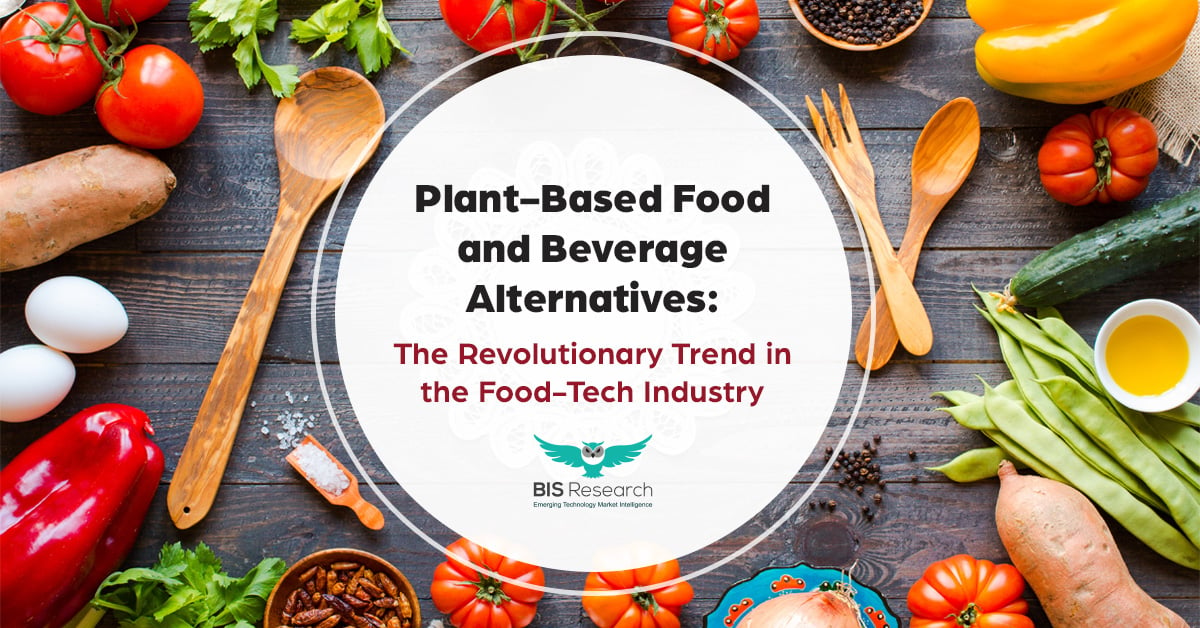 Demand for plant-based food and beverage products is currently evolving in the form of plant-based dairy, plant-based meat, and others (plant-based eggs, egg replacers, creamers, and spreads). These products are derived from different sources of protein, such as soy, pea, almond, corn, wheat, flaxseeds, and others.

Following are the key factors leading to the growth of the plant-based food and beverages industry: -

The plant-based products industry is observing increased participation of disruptor companies that are launching innovative products into the market to meet the escalating consumers’ demand for healthy and sustainable food options. Food giants such as Tyson Foods, Perdue Farms, Smithfield Foods, DANONE, and Nestle, along with a different set of companies such as Walmart, IKEA, and Marks and Spencer, are investing significantly in the plant-based food and beverages alternatives market. These companies are actively partnering with retail chains to increase the global reach of their products.

Plant-based meat companies have received significant investment rounds from venture capital investors since 2017. For instance, in February 2020, Alpha foods received series A capital funding of $28 million. Additionally, in January 2020, the plant-based beverage company, Califia Farms received $225 million funding by the Qatar investment authority. These are some of the latest investments happening at a rapid pace in the plant-based food and beverages industry at a rapid pace. The overall investment scenario of plant-based food and beverages alternatives market is depicted in the following figure: 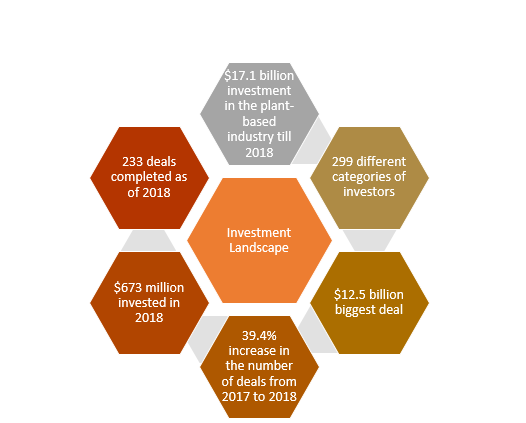 The emerging strategies and developments in the plant-based food and beverages market are surging in the form of product launches and developments. For instance, in February 2020, Ripple Foods launched its line of plant-based dairy-free ice cream. In January 2020, Impossible Foods, the brand behind the popular Impossible Burger 2.0, unveiled plant-based pork and sausage at the CES 2020, in Las Vegas. Additionally, in May 2019, Danone S.A. had launched low-calorie dairy-free vegan ice cream in three flavors. Major food companies such as Nestle SA and Conagra Brands Inc. are making their own plant-based burgers, too.

Plant-based food and beverages alternatives market is growing over time, compelling companies to come up with collaborative strategies in order to sustain the intensely competitive market. For instance, in January 2020, Nestlé formed a partnership with two Canadian plant-based food companies Burcans NutraScience and Merit Functional Foods. This partnership is aimed to help Nestle to accelerate the development of the company’s line of meat and dairy alternatives, which are healthy and eco-friendly.

Several athletes have also realized the benefits derived from a plant-based diet. The tennis athlete Novak Djokovic who won the Wimbledon finals recently revealed that plant-based and gluten-free foods such as green-juices powered him through Wimbledon. The tennis legend herself, Serena Williams, also believes in eating a vegan diet. In December 2017, she invested in Daily Harvest, a U.S.-based frozen plant-based foods company. Also, in August 2017, Bill Gates and Li Ka-Shing invested in Impossible Foods, a U.S.-based start-up, for creating a “bleeding” plant-based burger (because of its signature blood-red color).

North America gained a major portion of the plant-based food and beverages market share in terms of the revenue generated in 2018, followed by the Europe region. The region has been experiencing a rapid growth rate in the particular industry the past few years, owing to the increasing environmental concerns, growing vegan population, growing preference for meat alternatives, increasing demand for healthy and nutritional products, and the health and wellness trend being followed in region.

Food of the Future