OLED, QLED, and TFT-LCD Technology – The Latest Breakthroughs in the Display Materials Industry 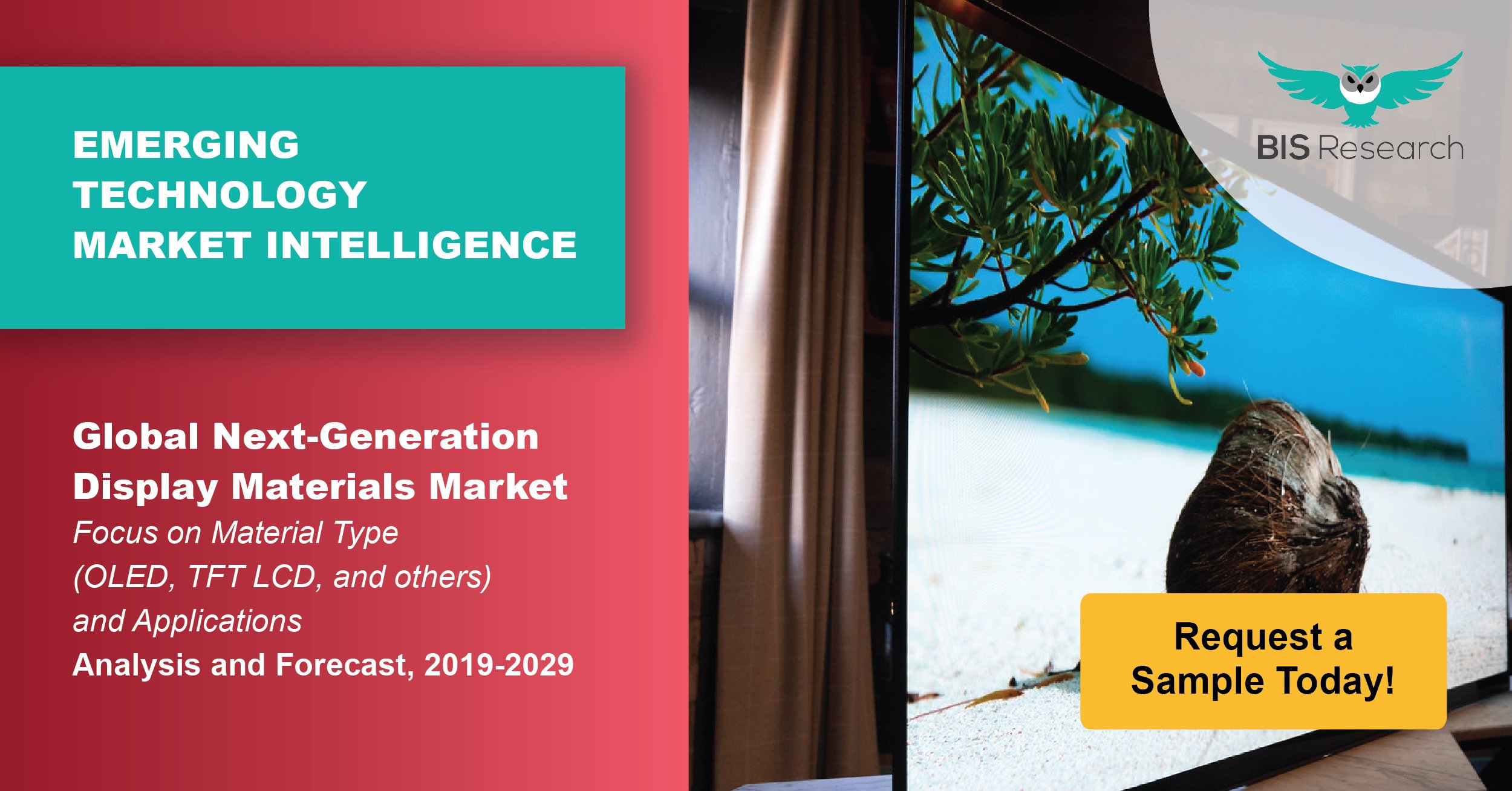 One of the key features of an OLED is that it is capable of producing its own light and doesn’t require any backlighting. Continuous recombination of highly mobile holes with electrons results in the release of energy in form of light particles i.e. photons. As long as the current keeps flowing, the OLEDs keep producing light. As a result, OLEDs consume very less power and have high power efficiency.

Moreover, OLEDs are brighter than LED and super flexible, thin, and light-weight in nature. The thickness of an OLED is approximately eight-thousandths of an inch. OLEDs can be manufactured in varied sizes, are eco-friendly, have a faster response time, and a wider viewing angle than LCDs.

Over the past few years, LCDs have emerged as the most widely used material in the display industry. Thin-Film-Transistor-Liquid-Crystal-Displays or TFT-LCDs come under the active matrix LCD category. These displays use transistors and capacitors that aid in achieving the required results along with conserving the maximum possible energy. Further, for their backlight, they use light emitting diodes (LED). Faster response time and consequently improved picture quality in terms of clarity, color contrast, and sharpness are the key features of TFT-LCDs.

According to the report published by BIS Research titled “Global Next-Generation Display Materials Market – Analysis and Forecast (2019-2029),” the global next-generation display materials market is projected to register a compound annual growth rate (CAGR) of 11.83% during the forecast period, 2019-2029. The market size was valued at $123.22 billion in 2018 and is anticipated to reach $421.50 billion by 2029.

As per the market analysis by BIS Research, the Asia-Pacific region acquired the principal share of the next-generation display materials market in 2018. In the APAC region, China has emerged as the center of attraction for the next-generation display materials industry. The Chinese government has made several investments for the development of quantum dot technology in the country. As a result, the demand and use of quantum dots in China for varied applications such as logistics and warehousing are expected to increase at a robust rate during the forecast period.

Another country wherein the next-generation display materials market is expected to flourish extensively is Taiwan. Major companies such as Samsung, Nokia, and L.G. already have their manufacturing sites in the country.

Latest Advancements and Leading Players in the Market

The global next-generation display materials market growth has led to a rise in the investments from several established players. Samsung is one of the biggest technology giants dominating the display materials market. One of the recent developments by Samsung in the OLED market is their first foldable smartphone - Samsung Galaxy Fold, launched in the year 2019. Moreover, Samsung has started the mass production of flexible OLED panels and Apple is expected to be its one of the largest consumers in the coming future. Further, in the year 2019, Samsung is also expected to launch their TV series based on the QLED technology.

Some of the other players venturing in the next-generation display materials market include Universal Display Corporation, Nanoco Group, Quantum Materials Corporation, Sharp Corporation, and Merck Group.