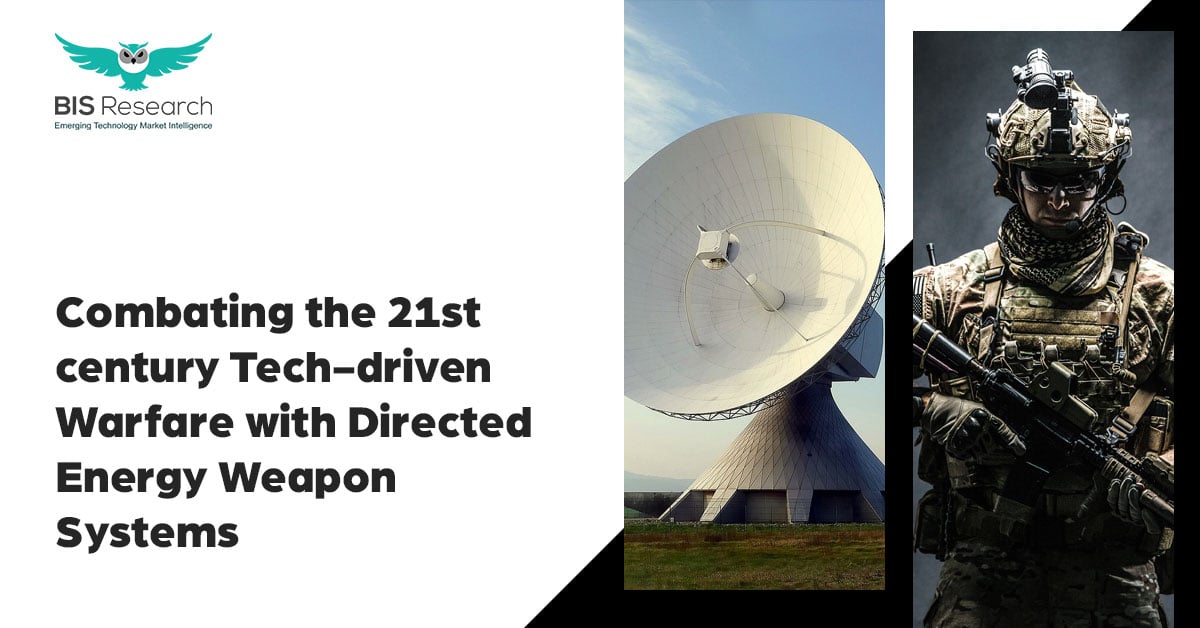 From the eras of the second world war and the cold war, nuclear weapons and missile technologies have started a new wave of improved defense and security capabilities for a nation. A growing number of countries have adopted the missile technology and other weapons of mass destruction, often referred to as a missile renaissance, to tackle regional and military tensions. However, emerging technologies, such as satellite surveillance, ICTs, and precision strike capabilities, have outmatched and added new capabilities to the obsolete 20th-century military technologies.

With such rapid evolution of tech, today’s warfare threats are small-scale, technically advanced, low-cost, and lethal. Using million-dollar traditional ballistic missiles to counter these has proved to be costly. To respond to these inexpensive aerial and ground vehicles, countries have included new defensive measures, such as directed energy weapons (DEW) systems, in modern warfare. A directed energy weapon positions high-speed light energy such as lasers, particle beams, and microwaves at an accurately aimed target within the range.

In recent years, global defense forces such as the U.S., China, Russia, India, and the U.K. have been working extensively on R&D for the integration of such systems on platforms related to aerial, naval, and ground vehicles. Due to their ability of high-precision shooting range at multiple targets and logistic advantage, directed energy weapon systems have been associated with ground-based defense vehicles and ship-based platforms for ease in portability. Directed energy technologies are at the cusp of technological maturity, and recent tests of DEW’s prototype have clearly distinguished them beyond just a theoretical concept.

According to BIS Research analysis, the global market for directed energy weapon systems has been valued at $671.2 million in 2019 and is anticipated to reach $4.03 billion by 2030. Several factors, such as the impending need for modernization of defense forces, strengthening deterrence capability against rising threats from weapons such as drones, mortars, and missiles, as well as increased capital expenditure for optics and laser, have been accountable for the tremendous growth in the adoption of such systems.

Additionally, over the period 2016-2019, there has been significant year-on-year rise in the number of patents granted in directed energy weapon systems. Apart from government organizations, public and private companies are working on defense programs and independent research. For instance, in 2019, the U.S. Airforce awarded a $24-million contract to the Raytheon Company for the supply of two prototypes of High Energy Laser Weapon Systems (HELWS). Another contract worth $203 million from the U.S. Army was given to the Northrop Grumman Corporation, Raytheon Company, and Kord to develop a prototype for 50 KW laser weapon systems, which would be integrated on the Stryker vehicle family by 2022.

Although the DEWs are not defined under international law, their usage is accustomed to several legal conditions. Due to the toxic mix of chemicals to power the beam, the usability of chemical lasers has been identified as a rising concern under environmental laws. Also, directed-energy weapons that aim the CNS may cause neurophysiological disorders, thereby violating the Certain Conventional Weapons Convention of 1980. Overall, the growth of directed energy weapon systems and laser weapons across the world is bound to increase, thus offering tremendous market opportunities in the sector.