Adoption of Agricultural Sensors to Get Actionable Insights 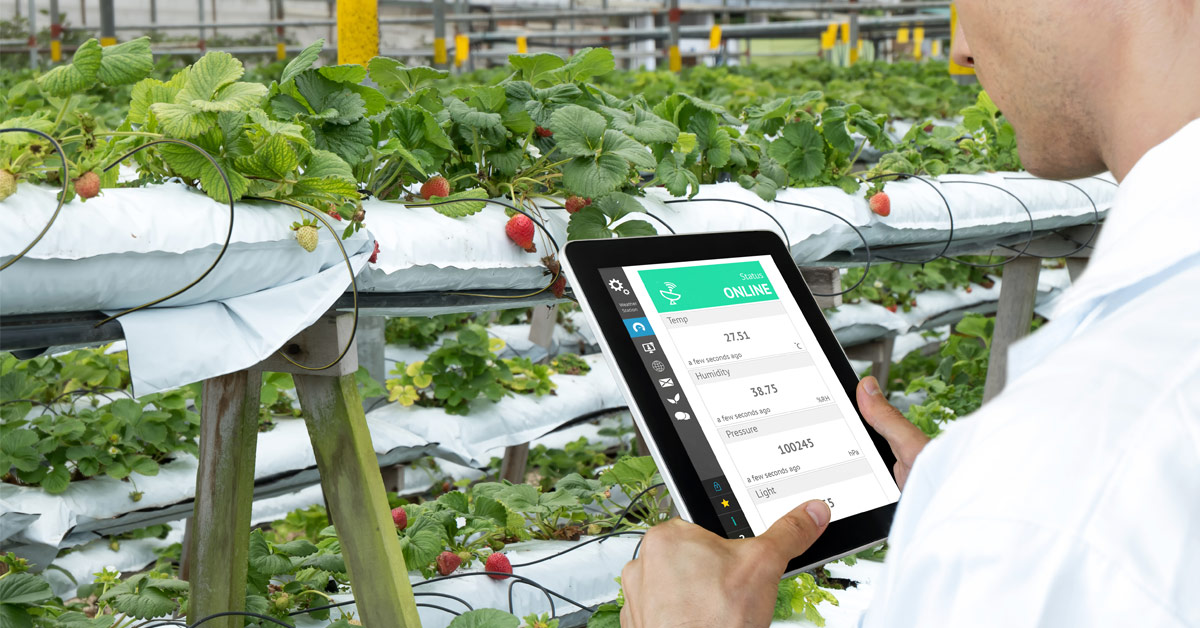 Climate change and environmental pollution are becoming an inevitable reality. On the other hand, the world population is increasing at an alarming rate. This means that there will be an increasing demand for food crops in the future. Agriculture sensors are an effective solution to resolve such issues.

In addition to that, countries like India, Brazil, and China have large populations but less arable land due to climatic and geographical conditions. Therefore, the demand for agricultural products in these countries will increase in the coming years.

Therefore, people need to increase the yield of existing farmlands and minimize pre and post-harvest losses.

How do Agricultural Sensors help?

Agriculture is a challenging task due to the many variables involved such as soil, water, weather, and more. A lot of information is required to address all of these variables and monitor crops to obtain maximum yield. Sensor data is now one of the most promising solutions, which can help farmers resolve all these challenges, minimize losses, and ensure the highest productivity.

Agriculture sensors provide data that assist farmers in monitoring and optimizing crops according to changes in environmental conditions.

Smart sensing technology is helping farmers to monitor their crops on a micro scale and sustain resources. It looks at the entire ecosystem by examining plant health on a micro scale. This enables farmers to keep a watchful eye on their plants from anywhere and at any time.

With the increased adoption of alternative farming techniques, countries with low agricultural production due to climatic conditions and limited arable land can reinvent their agricultural sector.

Farming techniques, including hydroponics, aquaponics, permaculture, and aeroponics, can help countries with low agricultural production due to climatic conditions increase the yield of their crops, thus establishing stronger food security. This would also encourage the countries to diversify and become self-sufficient in terms of vegetable and fruit imports.

The global agricultural sensors market is expected to grow more in the coming years, emphasizing alternative and vertical farming. In conjunction, the government has made many efforts, both local and globally, to finance farmers to ensure year-round production.

The growth is primarily attributed to increased awareness of the benefits of alternative and optimized farming techniques over conventional farming.

A worldwide COVID-19 pandemic has led to the loss of billions of dollars, with one area severely affected being the agriculture industry. As a result, the world has suffered from economic stagnation, and by 2020, the GDP for all countries was declining.

Productivity in everyday life has significantly decreased due to the spread of disease, which has been a driving force for technology and innovations in every sector. There's been an uptake in the adoption of sensing technology when it comes to agriculture and the Internet of Things (IoT).

The global agricultural sensors market in the application segment is expected to be dominated by soil management. This scenario is primarily attributed to the fact that soil and terrestrial conditions play the most critical role in crop plantation.

Timely irrigation and monitoring of the water and moisture content are necessary for the crops’ healthy growth, so water management is likely to propel the application of related sensors.

North America was estimated to hold the highest share of about 24.0% in 2020, thereby accounting for a value of $1,003.9 million. North America is a tech-savvy region that has implemented smart technology in every sector to help farmers achieve sustainable and efficient production.

The world of smart agriculture is indeed growing and changing rapidly, with many innovations around the corner. The devices that monitor crop activity give farmers and ranchers the information they need to make better decisions while also helping them manage their fields to grow healthier crops.

In the future, smart agriculture will likely include increased use of autonomous vehicles and improved data transmission between smaller unmanned aerial and unmanned ground vehicles. In addition to monitoring crop conditions, these vehicles can also monitor the status of farm equipment, allowing farmers to improve machine servicing and maintenance.

Over the last decade, the oil and gas industry has been facing a number of challenges, including decreasing oil prices, reducing cash flows, and the...

In accordance with the Intergovernmental Panel on Climate Change(IPCC) report, buildings are the largest energy consuming sector with nearly 40% of...

With The Expected Surge In Global Autonomous Vehicle...

The automobile industry is one of the most thriving industries in the world. With rising disposable income and desire for a comfortable life, the...